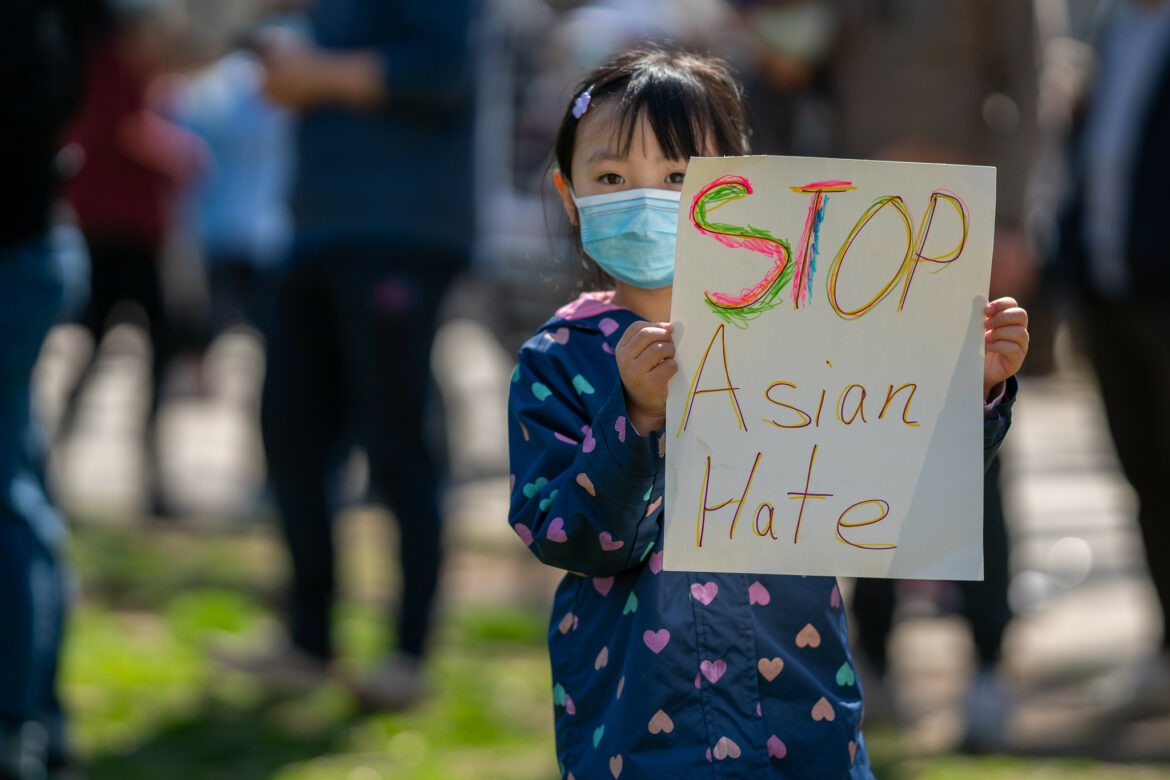 A girl at a rally in Washington, D.C.

Attacks against Asian Americans have sparked discussions about how segregationist policies, racist animus and violent attacks have been part of U.S. history for more than a century, from exclusionary laws to harmful myths about Asian people — including the notion that they were carriers of disease, which was echoed and amplified by the Trump administration. Jeff Chang, author of several books including “Who We Be: The Colorization of America” and “We Gon’ Be Alright: Notes on Race and Resegregation,” has written extensively about this history. He talked with “Civic” about the legacy of white supremacy and how it has influenced the discussion of recent anti-Asian violence quietly rather than overtly.

“The way that white supremacy kind of takes shape these days isn’t just in terms of people carrying Confederate flags and storming the Capitol, or, you know, white nationalist groups marching in Charlottesville. But it  also shows up in the ways in which it’s not seen,” Chang said. “This is the result of systems that have been built up over the centuries, and that repeat themselves such that the norm, the status quo, actually is whiteness, is white supremacy, is a system in which whites tend to benefit, tend to receive the lion’s share of the resources.”

White Americans have benefited for generations from systems that give them advantages like disproportionate access to wealth-building resources like low-interest loans that allowed them to move to the suburbs and build generational wealth, which in turn left cities less white, Chang said. Today, widely viewed footage of attacks on Asian Americans in Bay Area cities and New York City often show people of color as perpetrators.

“So why is it that the videos show these kinds of situations? Well, it’s because whites don’t live in the cities as much as they used to,” Chang said. “Racial segregation shows up in terms of cities being now overwhelmingly, especially in California, populated by people of color. So these videos show people who are neighbors to each other who live in community with each other, in which there are not a lot of white folks who are there because of these conditions that have been set up many, many, many years before. So we have to be able to interrogate, I think, the way that whiteness shows up and doesn’t show up.”

News media also contribute to this phenomenon of omitting white people from scrutiny, in their coverage of attacks on Asian Americans, Chang said.

“On the one hand, no mainstream media would be out there declaring this Black on Asian violence, right?” Chang said. “But what they do is, they’ll say, ‘well, the perpetrator was Hispanic’ or ‘the perpetrator was Black,’ they will name the race of the individual. And when this happens in other cases, they will not name white people who have perpetrated violence against Asian Americans.”

Still, in cases where perpetrators have been identified by race, the data contradict the idea that perpetrators of anti-Asian attacks are mostly Black. In fact, the University of Michigan examination of reporting on anti-Asian attacks throughout the nation in 2020 found that 90% of perpetrators whose race was identified were white. But the idea that Black and Asian Americans are at odds inherently has been perpetuated for decades, Chang said, since coverage of unrest in Los Angeles in 1992 focused on stories of looters damaging Korean American businesses.

“There was a dual narrative that kind of came together: The criminalization of Black and brown people and the victimization, if you will, of Asian Americans, in this case, Korean Americans,” he said. “It’s also this moral story, in a way, in which Asian Americans stand in as the hard-working Americans, the proxies for white people.”

Understanding how these narratives have taken shape is a crucial step in addressing them, Chang said.