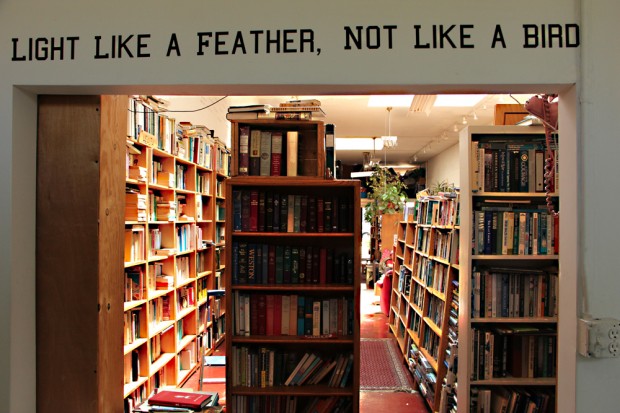 Adobe Books, an old-fashioned bookstore with no computerized inventory and no online presence, plans to operate as a cooperative. Photo courtesy of Mission Local.

On March 14, after weeks of uncertainty, Adobe Books pulled off a last-minute feat of survival.

One day before the deadline of midnight on March 15, the secondhand bookshop hit $60,000 in its all-or-nothing Indiegogo crowd-funding campaign to save the store, which has been struggling due to substantial rent hikes and other financial difficulties.

Members of the Adobe community had braced themselves for the deadline, a time stamp that would likely define the store’s fate. The money would help pay for a pending rent increase that, based on market rates, would bump the rate up to between $6,000 and $8,000 a month — thousands more than the the current $4,500 per month.

Community members launched the campaign as part of a larger project to change the store’s business model from a sole proprietorship to a cooperative.