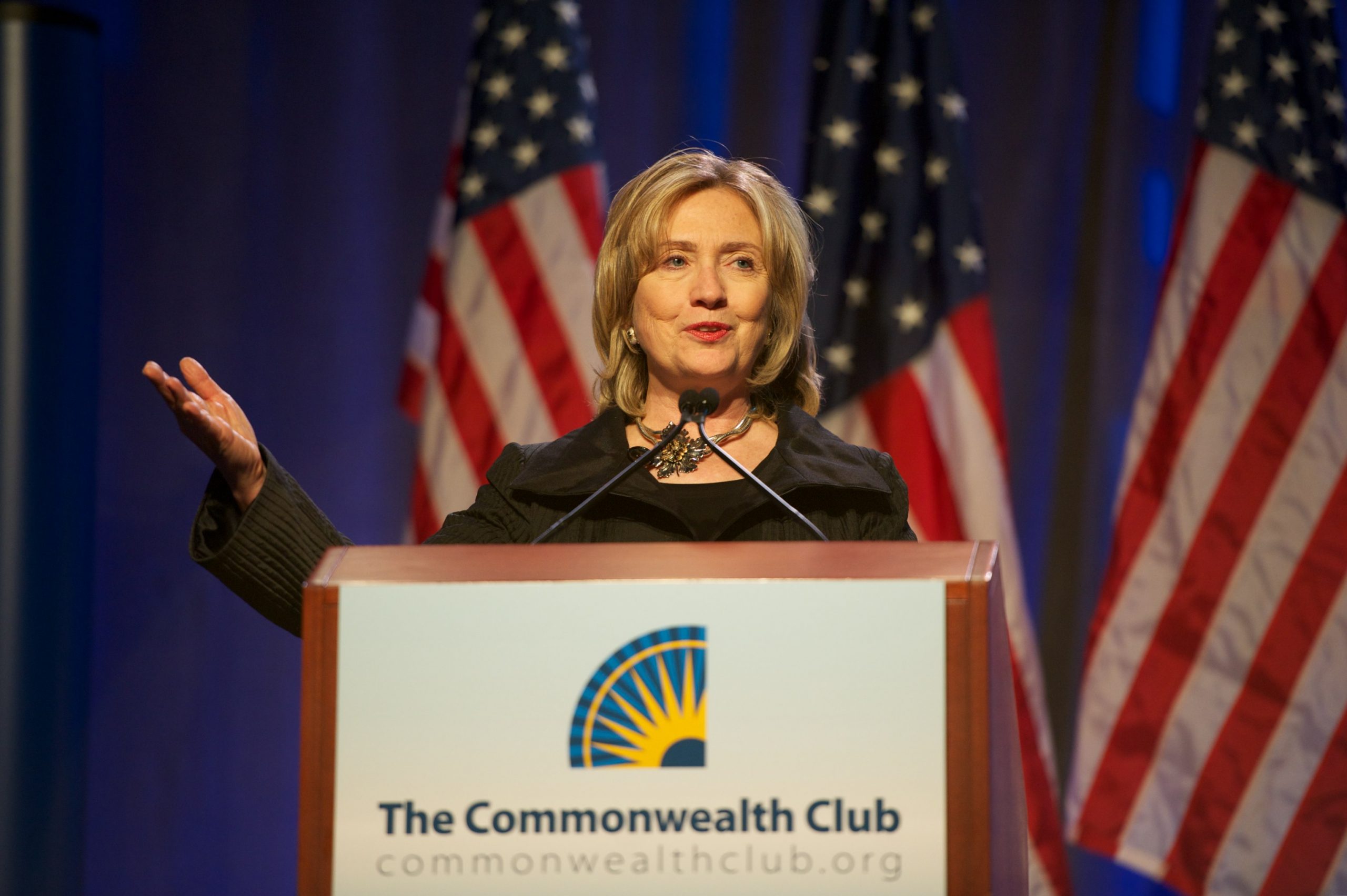 The U.S. State Department is harnessing advances in technology to support diplomacy and development around the world, and innovative Americans are being invited to contribute to this process.

“If you have a good idea, we will listen,” said Secretary of State Hillary Rodham Clinton on Friday at an event sponsored by the Commonwealth Club in San Francisco.

Clinton said the State Department is embracing technological advances pioneered in the Bay Area to aid communication across the globe. She stressed the importance of diplomatic efforts in reaching out not only to leaders, but to citizens as well.

“I’m convinced that it is not only our connections through government that will really chart the course of the 21st century,” Clinton said, “but indeed, it is the people-to-people connections.”

Clinton recently met with a group from Twitter as part of a new public-private partnership linking businesses to diplomats and development experts.

Other entrepreneurs have helped design mobile applications to report and locate landmines in Colombia, and an initiative called mWomen gives disenfranchised women in low-income countries access to cell phones.

Another program, TechWomen, connects women in Silicon Valley with women in Muslim communities around the world, bringing them to California for training and professional experience.

“I’m well aware that telecommunications is not any silver bullet,” said Clinton, “and these technologies can also, as we are learning, be used for repressive purposes. But all over the world we see their promise.”

Demonstrating how social media has played a role in empowering citizens, Clinton spoke about children in Syria who recorded cell phone videos of teachers at their school physically abusing students. Posting these videos on Facebook gave the children an opportunity to speak out; in response, the school fired the abusive teachers.

Clinton called upon innovators to pursue social entrepreneurship more generally: “There is money to be made in socially responsible investment,” she said.

To encourage such activity, the U.S. Agency for International Development recently launched Development Innovation Ventures, a fund that will invest in ideas that contribute to advances in development, and play a role in continuing to encourage innovation in the United States. The endeavor comes amidst broader efforts for reform at USAID, which had, Clinton said, become “not so much an agency of experts as a contracting mechanism.”

Clinton was called on to discuss a range of international issues, including how the recent floods in Pakistan have affected diplomatic and developmental efforts.

She said the natural disaster has set back development in Pakistan, making international contributions to infrastructure projects there even more essential.

However, Clinton maintained that Pakistan must work, among other things, toward reforming its current tax system, under which some of the wealthiest Pakistanis pay less than $100 a year in taxes.

“The United States cannot and should not be expected to help Pakistan with its development needs unless Pakistanis do more to help themselves,” she said.

She also stressed the shared responsibility of the United States for the drug gang violence plaguing Mexico.

“Every American should support what the government of Mexico is trying to do and send a very clear message that we will be their partners.”

Rosemary is from London and graduated this summer with a B.A. in Classics from Oxford University, where she was Editor of the student newspaper, The Oxford Student.