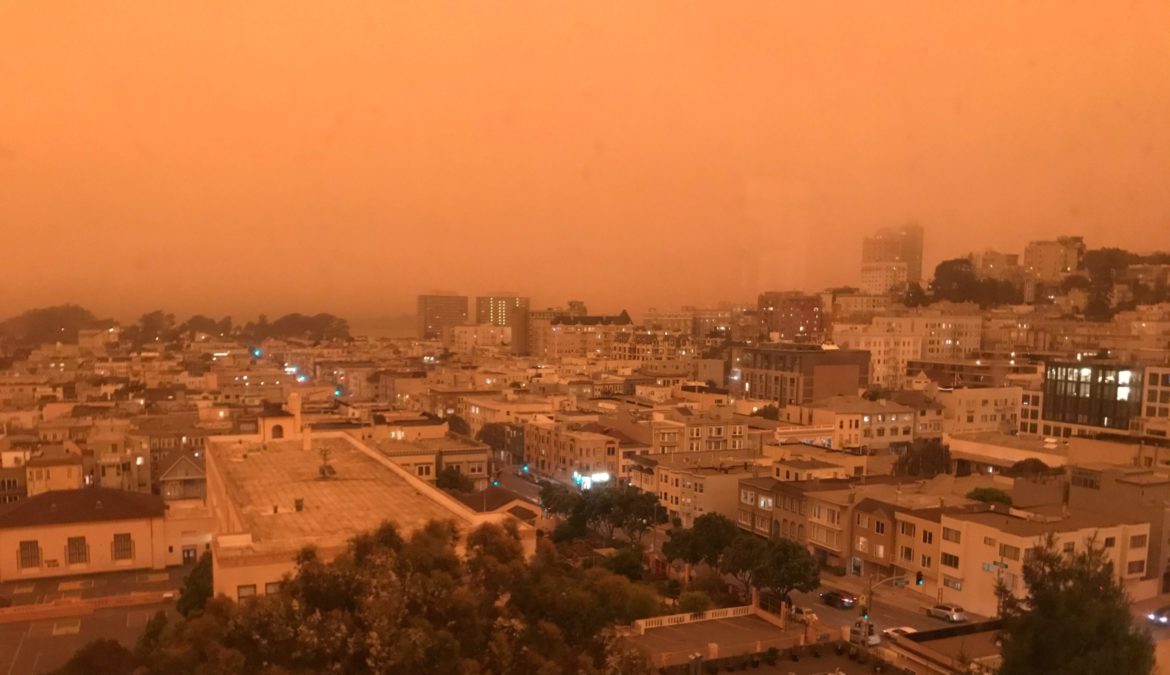 Smoke from wildfires turns the skies above San Francisco a dark orange on the morning of Sept. 9, 2020.

Some two dozen wildfires are burning around the state, and Bay Area residents woke up Wednesday to an eerie artificial smoky twilight. A major factor in the ever-increasing severity of these wildfires is climate change — while fires are a natural occurrence in California, fire season has been steadily expanding, and the fires are getting more ferocious over the years.

Alastair Gee, an editor at the Guardian and co-author, with Dani Anguiano, of the book “Fire in Paradise: An American Tragedy,” has written about how the climate crisis has arrived without a definitive breaking point and continues to unfold. Gee and Anguiano’s book paints a portrait of the 2018 Camp Fire and how it destroyed the town of Paradise, and also offers some perspective on how climate change is driving these ever more destructive fires.

“It’s easy to assume that we’ve entered a new normal now and that we maybe have some kind of sense of what these fires will be like: It’s going to be like Redding, it’ll be like Paradise, it’ll be like the fires we’re encountering this year. But I remember, something that’s always stuck with me is, some other fire scientists I’ve spoken to have said: This is not the new normal. Because that’s assuming that the system has reached some kind of point of stability. And in fact, all we know right now is that the system is growing more and more unstable because of the way that we are altering the climate with carbon emissions.”