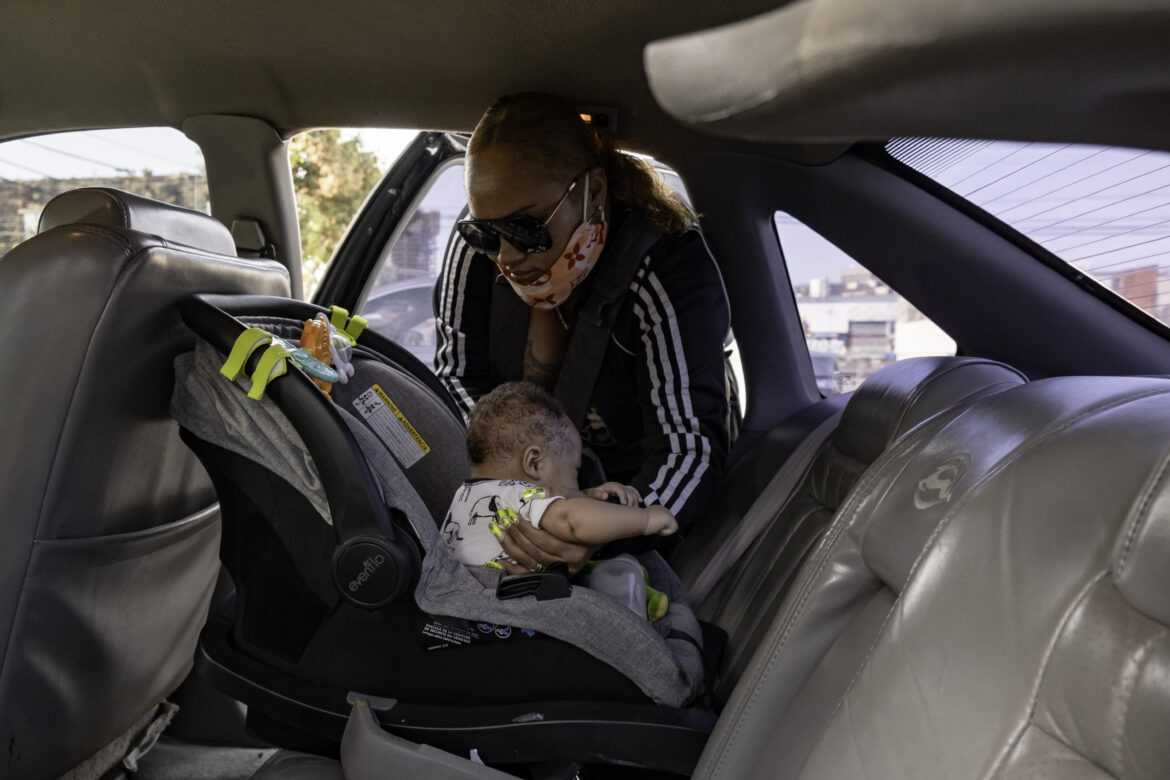 Tolbert unbuckles Supreme’s car seat as she prepares to go grocery shopping in San Francisco. She places him in a baby carrier on her chest for a more comfortable shopping experience. On this trip, Tolbert was loading up on food and household supplies for the month, so she can limit her trips during the pandemic. She enjoys being a stay-at-home mom and watching her son grow. “I never expected to be a mother,” Tolbert said. “But here he is, right Papa?” she said to Supreme.

Photojournalist Yesica Prado has been documenting the lives of people living in their cars, vans, RVs and campers — including, at times, turning the lens on herself as she shelters in place in her own RV. Earlier this year, the San Francisco Public Press, in collaboration with the Bay Area visual storytelling nonprofit CatchLight, published Prado’s photos and writing in a special series of multimedia reports called “Driving Home: Surviving the Housing Crisis.”

This week, Prado expanded the series with story updates and new images showing how the lives of two people featured in earlier photo essays have changed during the pandemic. One has faced unemployment and dwindling resources, while another has given birth to her first child and moved into an apartment.

“They have different situations but they have never taken anything for granted. And I think we’re living in a time when we shouldn’t be taking anything for granted, no matter what your housing situation is. Because right now, food is important, being able to stay in a home is important, so I think we should always count our blessings and be grateful what we have today.”