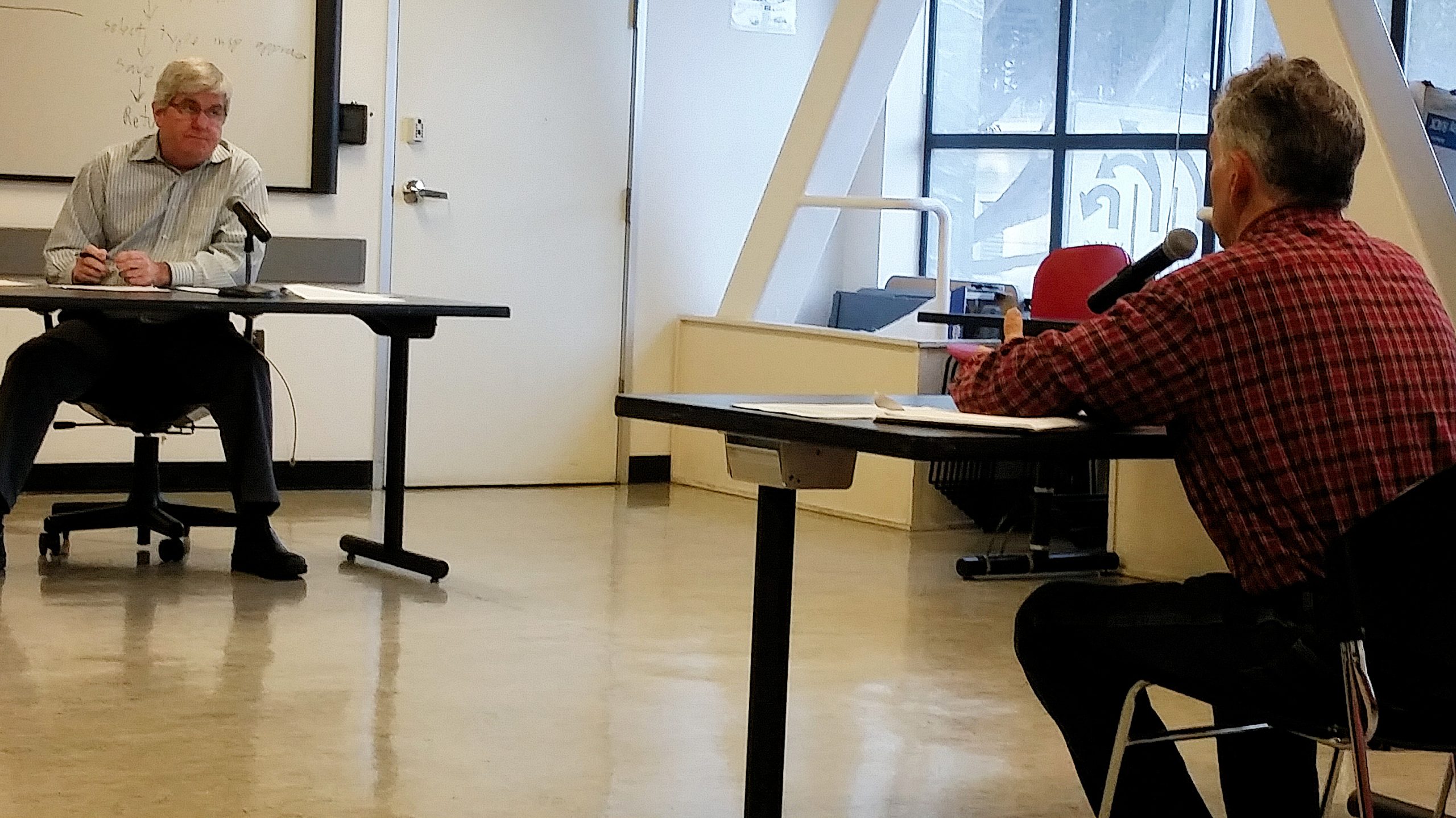 A building owner (right) requested 30 more days to comply with the city's retrofit law, at a Tuesday hearing at the Department of Building Inspection. Ed Sweeney, the Deputy Director of Permit Services, turned him down. Photo by Noah Arroyo / San Francisco Public Press.

Two years into operation, the city’s seismic retrofit program is finding some success: Almost all of the targeted buildings’ owners have had them inspected. Only 18 scofflaws remain.

But even for most of the compliant owners the hard part is yet to come: They will need to retrofit their “soft-story,” wood-frame buildings.

These buildings, sometimes a century old, have first floors that are weak because they contain a garage, a business, or large windows gaps in the load-bearing walls. The upper floors are almost entirely apartments. The city hasn’t targeted one- and two-family buildings or those framed with materials other than wood.

As of Wednesday, the owners of 6,666 buildings had followed the law, and most have been assigned a retrofit deadline.

At a public hearing Tuesday at the Department of Building Inspection, one of the lagging building managers, who refused to give his name to the Public Press, said he had not submitted his screening form because he’d been able to find only “questionable” retrofit companies. “Many of them couldn’t even spell ‘soft-story’; they’d think it had an ‘e’ in it.”

The man, who said he was inheriting the building, said his finances were “on the fringe” and asked for an extension. A permitting official, Ed Sweeney, rejected the request, saying that the man had had more than a year to file his paperwork. “I have no choice then, but to give you an order of abatement.”

If the building manager does not send the paperwork within 30 days, the abatement order will weaken his credit score and could lead to fines, said William Strawn, manager of legislative and public affairs at the Department of Building Inspection.

Building owners must pay for retrofitting and are allowed to recoup those expenses by gradually raising their tenants’ rents over a period of twenty years. The city estimates retrofits will cost $50,000 to $130,000 apiece.

Below is the latest list of properties that have failed to comply with the city’s soft-story retrofit law.