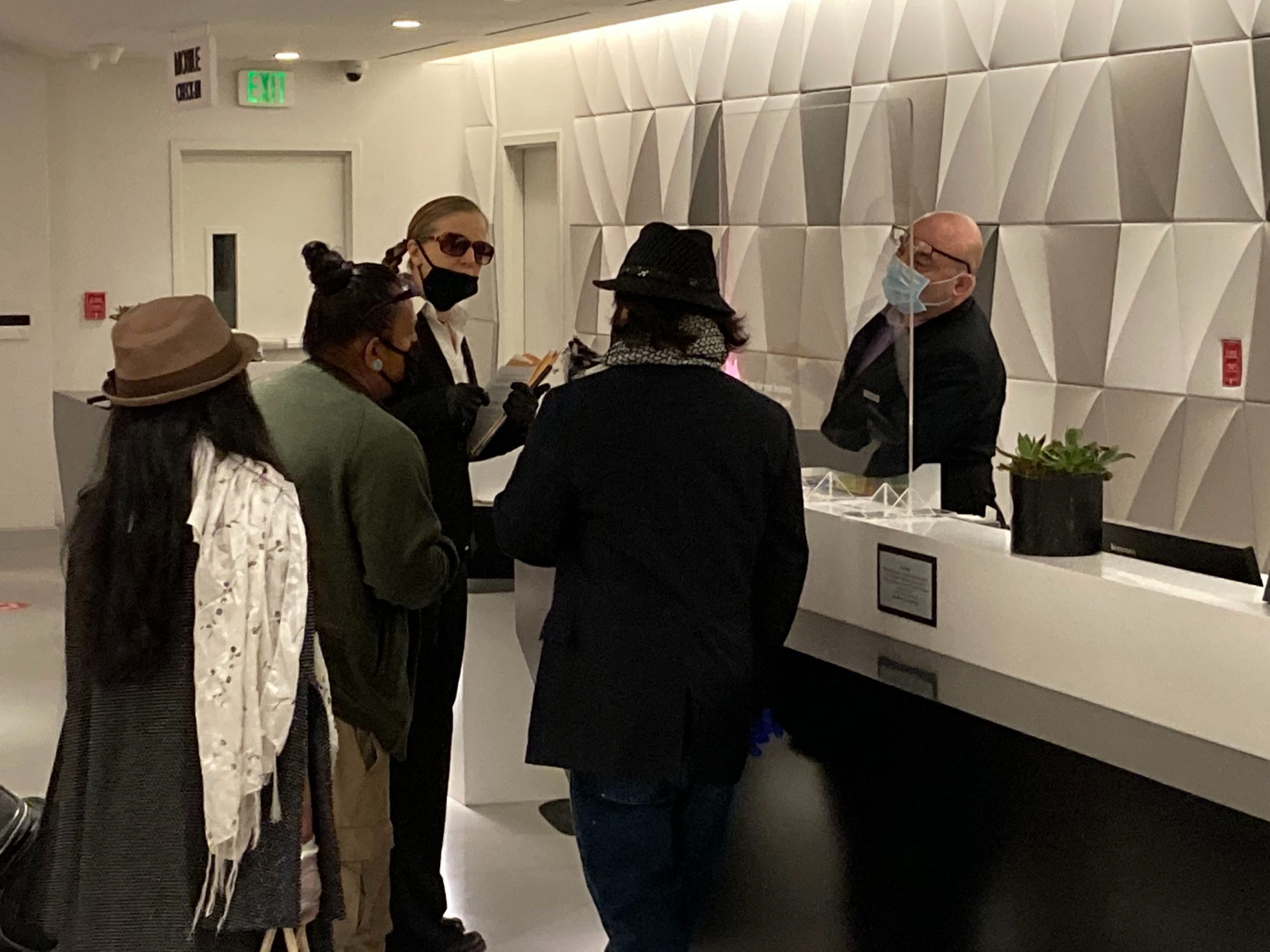 Lisa “Tiny” Gray-Garcia and a group of protesters from Poor Magazine attempt to check in to occupy a room in a downtown San Francisco Marriott hotel. Brian Howey / San Francisco Public Press

Seven protesters from Poor Magazine, a publication and activist organization, attempted to occupy the Marriott Marquis hotel in downtown San Francisco on Monday morning to demand that the city house more homeless residents in the thousands of hotel rooms left vacant during the coronavirus pandemic.

The magazine’s cofounder Lisa “Tiny” Gray-Garcia and Jesus Sandoval, a homeless filmmaker, accompanied the hotel manager to view a room they intended to rent for the night.

The pair then told the manager they would be occupying the room and would not pay, Gray-Garcia said. Police arrived shortly afterward and the protesters were escorted outside, where they were joined by the Do No Harm Coalition, a group of University of California, San Francisco, medical student activists, armed with loudspeakers, signs and banners.

“It’s a crime for you to sit down in a room that’s vacant,” Gray-Garcia said as she was escorted away from hotel property by the police. “The crime is people are sleeping in the street during a pandemic.”

San Francisco has placed more than 1,000 homeless people into formerly empty hotel rooms, its data site on COVID-19 housing shows. Supervisors and activists have pushed for the city to do much more. San Francisco supervisors last month unanimously passed legislation obligating the city to procure 8,250 hotel rooms by April 26, a requirement the city did not meet. The city has acquired 2,731 hotel rooms.

“Our souls are hurting to see our patients and members of our community we care for left out in the dust,” said UCSF physician Juliana Morris.

Brian Howey is a staff reporter at the San Francisco Public Press. He can be reached at BHowey@sfpublicpress.org. For encrypted email, write to Brianwhowey@protonmail.com. Follow him on Twitter: @SteelandBallast.