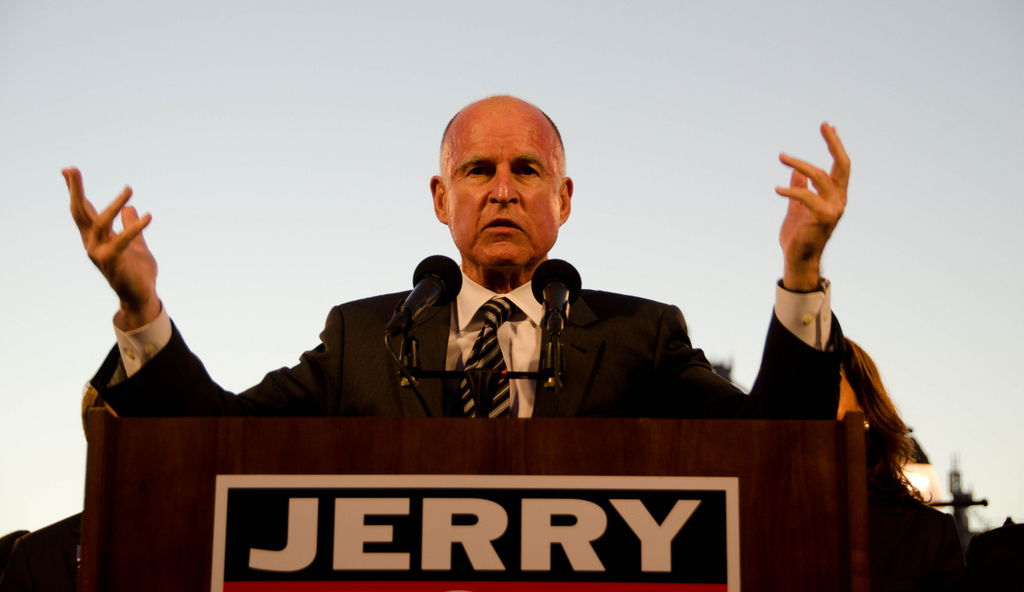 Environmental and community groups are looking for ways to replace the $500 million for energy conservation, transportation and other green programs that Gov. Jerry Brown persuaded the Legislature in mid-June to borrow to balance the state budget.

When Brown announced his plan in May, 50 activists from a wide array of community organizations descended on the Capitol to decry the governor’s raid of the Greenhouse Gas Reduction Fund.

But their protests were to no avail. The Senate and the Assembly passed the state budget with the $500 million loan preserved.

The funds that had been promised were revenues from the state’s new cap-and-trade carbon market that launched in November. Hundreds of the state’s largest polluters buy credits to emit greenhouse gases, and the state sells some pollution allowances at each quarterly auction.

Now the funds are going into the general fund instead, with most of it going toward local education funding.

Brown said some environmental groups needed more time to develop effective programs, so the money could not be put to immediate use. The plan is now to repay the borrowed money to the fund next year, with interest.

“We think the governor’s position is shortsighted, because communities need help now to reduce pollution and increase jobs,” said Bill Magavern, policy director for the Coalition for Clean Air, based in Los Angeles. “He’s increasing the wall of debt by having the general fund borrow this money from the greenhouse gas fund.”

“It’s terrible news,” said Mari Rose Taruc, director of the Oakland-based Asian Pacific Environmental Network. She said the loan fund would mean cutbacks for many community-based organizations that expected state funding over the next fiscal year.

Early this year, the California Air Resources Board sought public participation to decide the three-year investment priorities for the climate change fund.

Under the governor’s most recent draft, released in mid-May, at least 25 percent of funds must be allocated to projects that benefit disadvantaged communities. At least an additional 10 percent must go to projects located in those communities. These include low-carbon transportation and infrastructure and strategic planning for sustainable development (50 percent); efficiency programs and clean energy (30 percent) and natural resources and solid-waste diversion (20 percent).

While most of the money in the state’s cap-and-trade system is traded among companies, a small portion sold by the state goes to the Greenhouse Gas Reduction Fund. Polluters that emit more than 25,000 metric tons of carbon dioxide are required to reduce their greenhouse gas emissions or buy additional pollution credits to meet the goals of the Global Warming Solutions Act of 2006.

The Asian Pacific Environmental Network opposed the cap-and-trade system, Taruc said, “because it gives polluters a way out of directly reducing their emissions. There are other systems out there that are much less harmful, like a carbon tax or ‘cap-and-fee.’”

The dispute comes at a time when Brown is trying to burnish his environmental reputation. In his commencement address to U.C. Berkeley political science graduate students he urged them to tackle climate change.

Asian Pacific Environmental Network, the Coalition for Clean Air, the Greenlining Institute and Public Advocates have formed a coalition to press the state for their own investment priorities.

But the $500 million loss has left environmental groups struggling for alternative sources of funds for the present.

“We are looking for other ways to accommodate our goals,” Magovern said. “We haven’t decided what yet, but we continue to believe that the money raised from auctioning off pollution allowances should be used to reduce pollution as required by state law.”

Vien Truong, environmental equity director of the Berkeley-based Greenlining Institute, said the coalition members were evaluating their options, and may seek support from policy-makers and the California Public Utilities Commission.

“We are asking three things: repay the loan, make sure the loan is for one year only and make sure we are looking at other avenues to invest in climate change solutions,” Truong said.

The Greenlining Institute is also looking at other ways to fund projects that will alleviate poverty and pollution, especially in communities most affected by climate change.

“The governor is saying climate change is the most urgent threat to humanity, which we agree with,” Magovern said. “That’s why we need to put this money to work in this coming year and not delay for a year.

He said the promise of the greenhouse gas investment fund was that it would link global problems with local solutions, and provide jobs at the same time.

“The pollution is bad in our communities,” he said. “Now, the level of carbon dioxide emission in our atmosphere has passed 400 parts per million, which is the highest in human history.”

Chantal Jolagh is a reporter at the Public Press. She has a degree in Journalism from SF State, and is completing her second degree in Biology, with an emphasis in Zoology. She has contributed to several Bay Area publications, such as SF Weekly, Bay Nature Magazine, Golden Gate [X]Press, and the Western Edition, covering science and environmental-related topics.