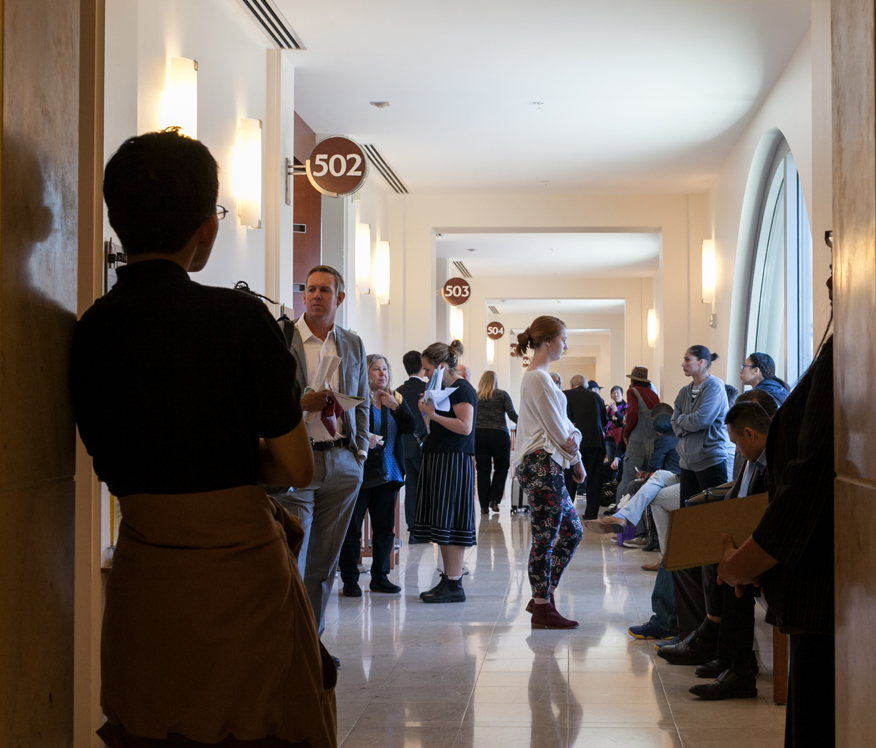 The San Francisco Sheriff's Office has resumed enforcing evictions that were paused in December, in some instances reviving cases that have languished in the county courts, pictured above, for more than a year.

The San Francisco Sheriff’s Office evicted 25 households in the two weeks of June after the state reopened for business, more than double the monthly average over the previous six months.

Sheriff Paul Miyamoto resumed evictions that had been on pause as city officials declared that San Francisco was gaining the upper hand in its fight against the coronavirus.

“San Francisco and the state have now lifted most social distancing and masking requirements, thereby reflecting the lessening health risks and the increased vaccination rates in our City,” Miyamoto’s office said in a written statement.

A moratorium has prevented evictions of tenants who can’t pay rent due to COVID-19-related hardships, but landlords could still evict for other reasons, such as crimes, nuisances or to take over the property themselves. San Francisco paused many of those other evictions at the height of the pandemic in December, as the city faced a major surge in COVID-19 cases.

Tenant groups pointed to findings that infections rose in states that lifted eviction moratoriums. Miyamoto then announced that he would take a two-track approach to enforcing evictions: prioritizing cases involving an immediate health or safety danger, and delaying enforcement up to six months in other cases. That delay has now ended.

The Sheriff’s Office carried out 89 evictions from December through June, its records show. June had the most, with 28, whereas May saw the least, at five evictions.

The shift in approach has caught some people off guard because their eviction cases are so old, said Ora Prochovnick, director of litigation and policy at the Eviction Defense Collaborative, which represents tenants free of charge as part of the city’s Right to Counsel program.

“It’s not on their radar at all,” Prochovnick said. “Some of these are judgments from a year ago or longer. Some of them are pre-COVID.”

Judges are able, and generally willing, to delay an eviction by one week if the tenant pays that week’s rent, Prochovnick said. But because the tenant must request the delay within 40 days of judgment, judges cannot grant it in the older cases that are resuming.

New cases of COVID-19 remained low in the city this spring, but began to rise again in late June due to the reopening of the economy and the arrival of the coronavirus’ more contagious delta variant, according to the city health department.

When asked whether, in light of the variant, it was still safe to carry out evictions, Nancy Crowley, spokesperson for the Sheriff’s Office, said in a written statement:

“While the Delta variant remains a serious threat, City vaccination rates are high and vaccines are available, which provide protection against variants.” Crowley added that the office will make any needed adjustments based on guidance from the Centers for Disease Control and Prevention and state and local authorities.

Though 83% of residents age 12 and older have been fully vaccinated, which surpasses the state average of 62%, San Francisco joined other Bay Area counties June 16 in recommending that everyone, regardless of vaccination status, wear masks in indoor public settings.