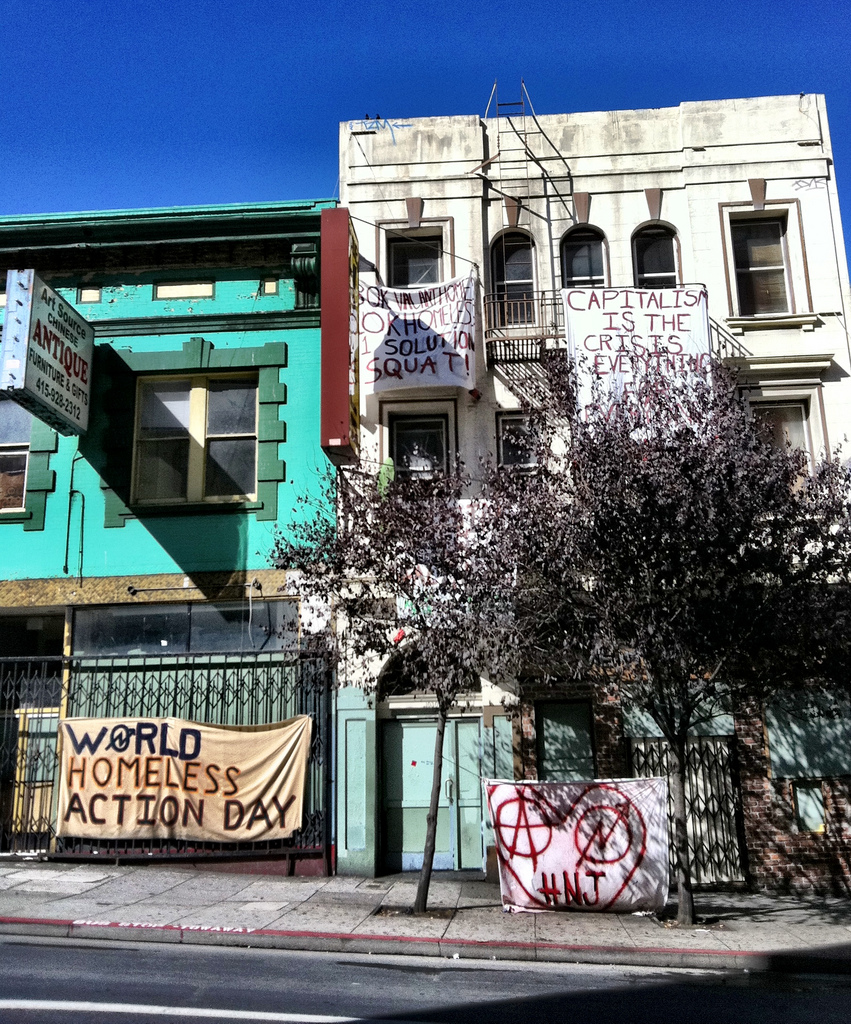 Following a late afternoon rally at the Civic Center, at least 30 members of Homes Not Jails entered the Cathedral Hill Hotel at 1101 Van Ness Ave. by cutting the gate open. Then they started occupying some of the 600 vacant units.

The units were left empty after California Pacific Medical Center, which plans to build a hospital on the site, closed down the building in 2009, according to a statement released by the group.

“Most, if not all, rooms remain furnished and in habitable condition,” according to statements from the collective.

SFGate.com reported that police searched the hotel on Tuesday but found no one. Police were going to the former Charlie’s Hotel on Geary to search for activists there. California Pacific Medical Center, which owns both building, asked police to arrest those inside for trespassing.

The action was a planned local response to World Homeless Day, which coincided with the occupation of nationwide commerce sectors and coordinated with the Occupy San Francisco protests.

Homes Not Jails said that empty housing units, which number at 30,000 according to the U.S. Census Bureau, remain unoccupied in a city where thousands of people live without housing. The city’s Human Services Agency reported earlier this year that 6,455 homeless people live in San Francisco, although some activists estimate the figure to be at least 10,000.

“A lot of fixtures have been taken out,” McCormack told the San Francisco Examiner. “They’re going up on the roof and that could be unstable; that’s a concern.”