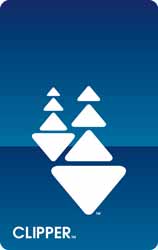 Update 3/31/11: Muni riders might have been surprised by the fare increase announced Wednesday, but Muni spokesman Paul Rose said the increase was approved last year.
The San Francisco Municipal Transportation Agency’s board of directors approved the 2010-2011 and 2011-2012 proposed budget last April, which included the increases to the monthly Fast Passes.

Rose also said that since 2003, the agency has been using the Consumer Price Index as a guide to raising transit fares on Muni. According to the Bureau of Labor Statistics, the index saw an increase in February this year compared to a year ago in the same month.

The San Francisco Municipal Transportation Agency, which operates Muni, announced Wednesday it will be raising the cost of its Fast Pass by $2 starting in July, according to the agency’s website.

The increase comes as the agency faces a $21 million budget deficit for the 2010-2011 fiscal year. It has already tried other solutions to lower the deficit, including a deployment of more parking control officers on city streets.