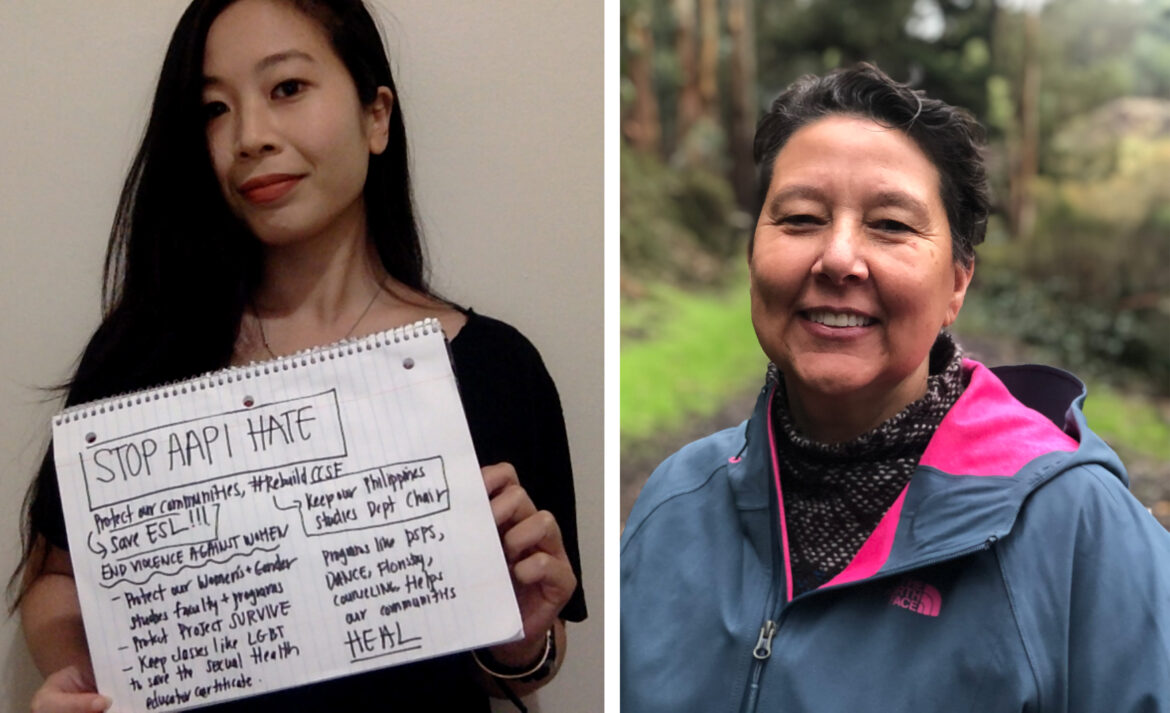 In late February, the City College of San Francisco Board of Trustees voted to approve sending notices of potential layoffs that, if implemented, would reduce the amount the college spends on full time salaries by 30%. City College says the existence of the college is at stake, and it is facing a projected budget shortfall of $33 million. Eira Kien, a student, Vick Van Chung, the student trustee, and Mary Bravewoman, a faculty member and vice president of the union representing teachers at the college, have been trying to prevent these cuts and talked with “Civic” about them.

In early March, the college issued notices of potential layoffs to 160 full-time faculty and non-renewal of contract notices to 35 administrators. Nothing has been finalized, however, and final notices will not be issued until May. City College spokesperson Rosie Zepeda stressed that the school must reduce its schedule, and said that it is cutting sections, not whole programs.

Both the college and those fighting proposed cuts argue in terms of future students.

“These reductions, while painful, are necessary to ensure the long-term stability of the College, not just for the current generation of students, but for generations to come,” a City College statement reads.

But that’s exactly the argument Chung made about the cuts.

“It’s not something that’s going to just immediately hurt us, this is going to have generations of impact,” they said.

What is imperiled by the cuts, they said, is the space the college creates, where people of color, immigrants or people who have experienced trauma can feel welcome and valued.

“This is a space that is really needed,” Chung said.

“We are all in the midst of this epidemic, where we are relying on the student support services, on social services overall, and a lot of that comes freely through the community college,” Kien said.

Kien framed the cuts as a problem for racial equity in the city.

“The fact is our community college, or all community colleges, really, particularly ours, serves primarily Black and brown students,” she said. “So any sort of cuts in this space, automatically perpetuates racism.”

Zepeda said the demographics of the Bay Area have changed dramatically. The college has an inflated schedule, she said, offering more classes than were being filled. When the pandemic hit, it lost some 6,000 students. Still, the college’s numbers have actually dwindled for years due to the area’s demographic shifts, in some cases spurred by gentrification, she said.

Kien, Chung and Bravewoman said the college saw them through difficult times.

Chung returned to the college after earning a bachelor’s degree, and it was “in that process that I was able to heal, and leave an abusive relationship,” they said. “It’s given me the power to accept that I’m a survivor, and also to live beyond it.”

“I just knew I needed to provide for my daughter, I needed to get away from the abuse that I was involved in previously,” she said. “City College opened up a world of opportunities to me.”

She started taking general education classes and was introduced to mathematics through a program for underrepresented students. Today, she teaches math at the college and is the vice president of AFT 2121, the union representing teachers at the college.

That first program, Bravewoman said, “opened a doorway and a path in my life that literally saved it.”

The college, in an earlier statement, also enumerated some expenses, which include $11 million in retiree health care liability costs, a 5% cash reserve need of $9.2 million because the college has no funds for emergencies, and unfunded operations costs of about $4 million. The statement also says college representatives are meeting weekly with AFT2121 negotiating the impacts of the layoffs, with a mutual goal to reduce the number of layoff notices that must be issued by May 15. With the college just a step removed from being taken over by the state, Zepeda said, it has to show it’s taking certain steps toward financial solvency.