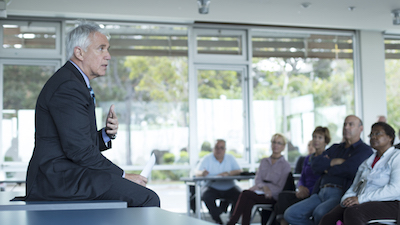 Three of the city’s top officials are running unopposed in November. District Attorney George Gascón was San Francisco police chief when he was appointed by then-mayor Gavin Newsom in January 2011 to succeed Kamala Harris, who was elected California attorney general in November 2010. He was elected to a full term in November 2011. With 30 years’ experience in law enforcement, Gascón is the first in the city and country to hold both positions. During his tenure with the San Francisco Police Department he instituted COMPSTAT, which tracks crime statistics, and he is trying to replicate the system for the District Attorney’s Office.

Gascón says he has directed his staff to focus on prosecuting more serious and violent crime, instead of minor, drug-related offenses. He has also tried to keep low-level offenders from entering the justice system using his Neighborhood Courts program, which empowers community leaders with selecting appropriate punishments — such as community service — for misdemeanor crimes. Dennis Herrera ran for San Francisco City Attorney in 2001 and won, and he is completing his third term in office. Before that, he was appointed to the city’s Police Commission by then-mayor Willie Brown, and he ultimately served as its president.

Herrera was the first to file a government lawsuit attacking the constitutionality of state bans on gay marriage. He also sued San Francisco City College’s accreditors, stalling their efforts to revoke the school’s accreditation status. José Cisneros was appointed by then-mayor Gavin Newsom in 2004, and elected the following year. He is completing his third full term.

Cisneros has overseen the city’s transition to an online tax and fee payment system. His “Bank on San Francisco” program has spurred tens of thousands of city residents to get bank accounts for the first time. And since 2011, every child in the city’s public school system has gotten a college savings account, bankrolled with private and public money, through Cisneros’ “Kindergarten to College” program.