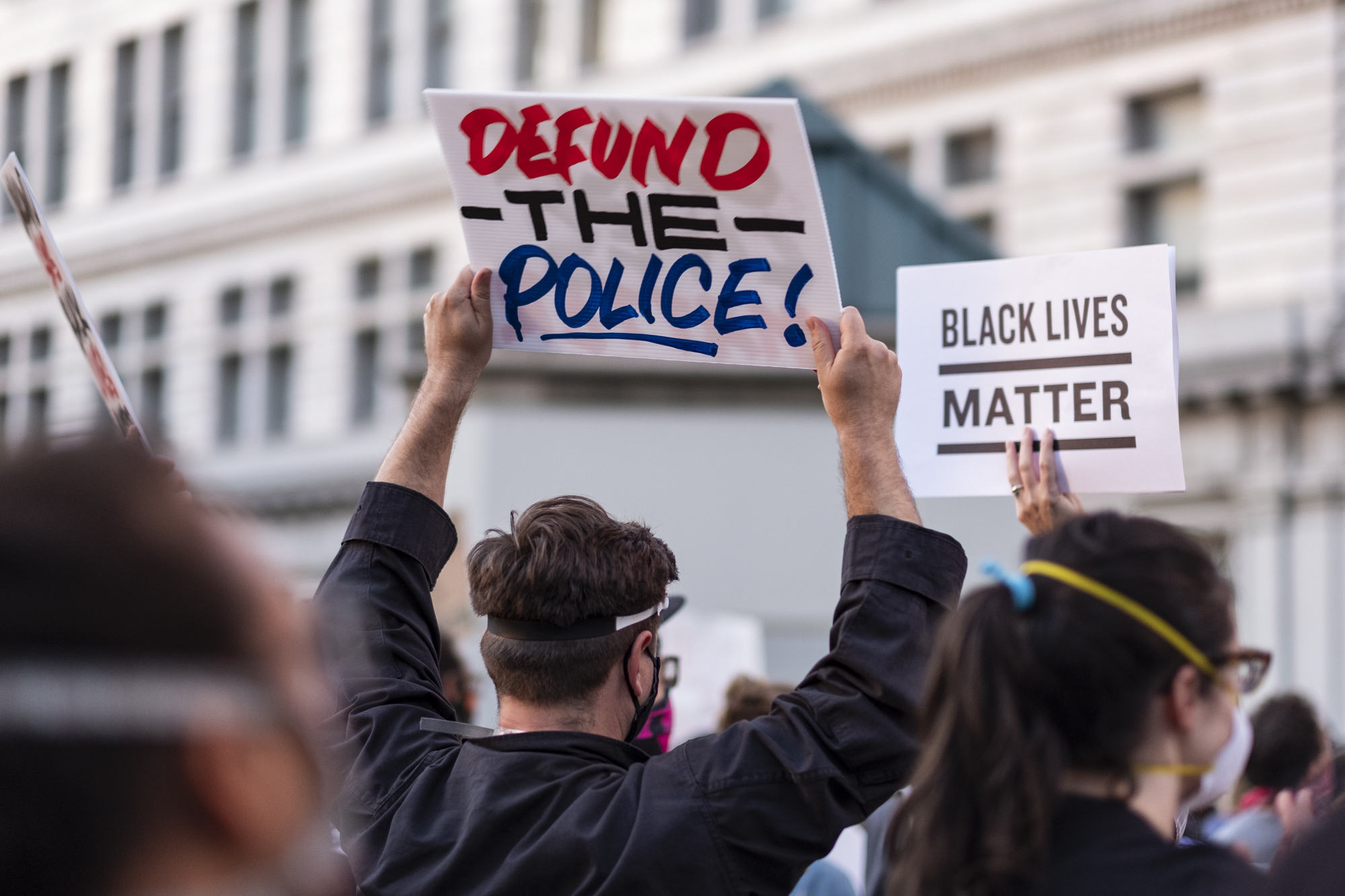 Protesters call to "Defund the Police" to stop police brutality and reinvest money back into the community at Frank Ogawa Plaza on June 3, 2020. In unity, the crowd chanted "Ain't no power like the power of the People."

At the uprisings sparked by the killing of George Floyd last year, demonstrators all over the country were calling on their municipalities to “defund the police.” But calls to take money out of police departments predate Floyd’s death. Oakland organizers have been advocating for alternatives to policing for years.

“The garden of good ideas and great programming that exists in the city of Oakland is not allowed to grow and flourish under the cover of the weeds that is OPD spending,” he said.

Meanwhile, closing arguments were heard Monday in the trial of former Minneapolis police Officer Derek Chauvin, who is accused of murdering George Floyd. Protests are ongoing over additional, more recent, killings by police officers. According to the New York Times, an average of three people per day have died at the hands of law enforcement since testimony in the trial began. While Burch said the national high profile of the Chauvin trial reflects the work that activists and community members have done to draw attention to police killings, in the end that trial only reflects one case.

“I know that there are countless stories of families who have family members who are victims, just like George Floyd, whose stories are not heard, and who do not receive national attention and who do not get justice,” he said. “So I don’t want to overstate the importance of one trial, and one possible conviction.”

Still, how closely the country is following that trial is also a sign of how attitudes toward law enforcement accountability have changed, he said.

“The overall narrative in our country, when it comes to policing is shifting,” Burch said. “A decade ago, two decades ago, saying the things that we’re saying now about policing would not be well received. But again, due to the truth-telling and research and data that the movement has put together collectively, and the evidence that we put together to show that the system of policing does not serve the people, is finally touching the hearts and minds of Americans. And you see that reflected in the way that city officials, county officials, state officials, federal officials are moving in reaction to murders like the murder of George Floyd.”

In Oakland, the Reimagining Public Safety Task Force in March approved a long list of recommendations, many of them made by the Anti Police-Terror Project, with a goal of cutting the Oakland police budget by 50% while improving services. Those recommendations went to the Oakland City Council’s Public Safety Committee last week, which voted to send them to the full council for input at a special meeting in early May.

Also last week, the Oakland City Council voted unanimously to restore $10 million to the police and fire departments, citing an increase in gun violence. While the council had approved a budget last June that reduced police spending by more than $14 million in response to activist pressure, the new allocation restores services affected by a later budget cut: In December, Mayor Libby Schaaf and City Administrator Ed Reiskin cut $15 million from police and fire services to partly close a $62 million budget deficit.

Burch said allocating money to police departments to address increases in violent crime is misguided, in part because police react to incidents once they have occurred rather than primarily functioning as a preventive measure, and in part because so little police time is actually spent responding to violent crime. The Anti Police-Terror project commissioned a study of calls for service in Oakland in 2019, which indicated that just 4.2% of calls were for violent crime. But law enforcement organizations are politically powerful, he said.

CORRECTION: This story has been corrected to clarify the nature and timing of cuts to the Oakland police department’s budget.