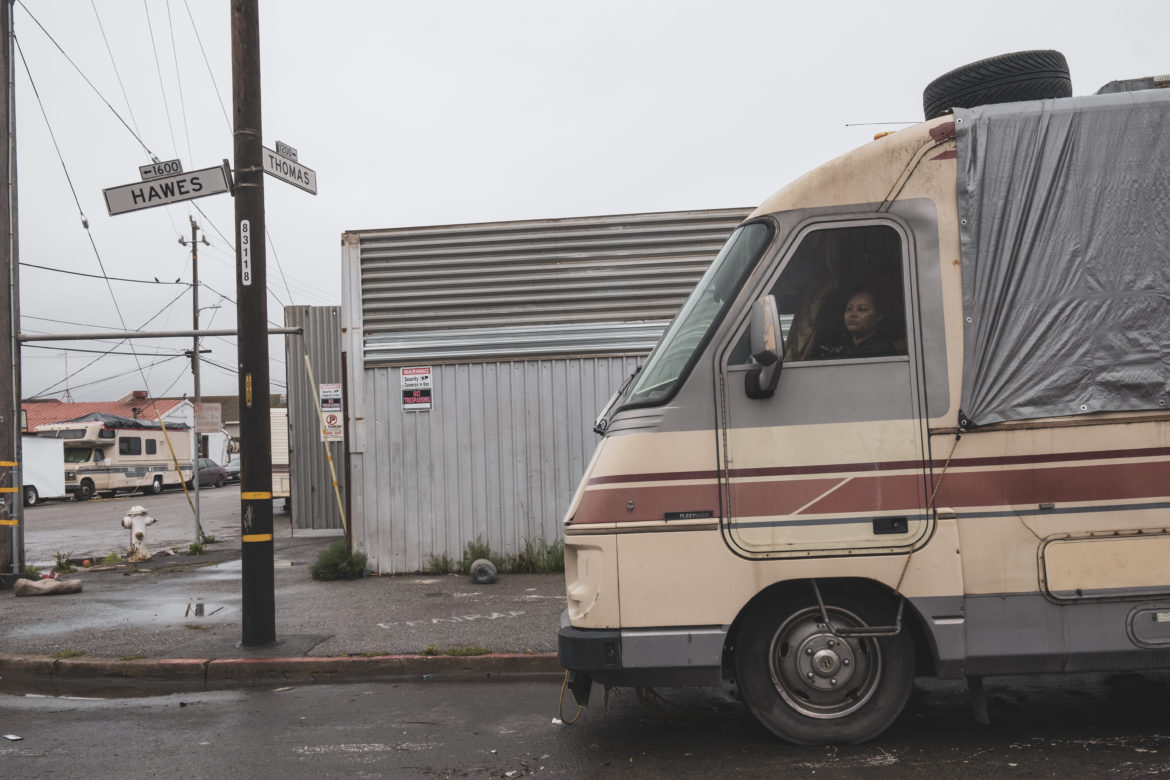 Tantay Tolbert surveys the street for parking options from the driver’s seat of her recreational vehicle. On this morning, Tolbert received a 72-hour notice to move the vehicle or it would be towed. She parks in an industrial part of Bayview-Hunters Point in San Francisco’s District 10, which is home to an estimated 45% of vehicle dwellers citywide.

The city of Mountain View is prohibiting oversize vehicle parking on streets that are 40 feet wide and less, which more than 80 percent of the city’s streets are. According to reporting from the Mountain View Voice, the restriction was billed as a traffic safety measure, but advocates on both sides openly acknowledged it was a means to reduce the number of homeless vehicle dwellers in the area.

On July 14, a group of civil rights organizations filed suit against the city over that ordinance, describing it as unconstitutional and inhumane. Michael Trujillo, an attorney with the Law Foundation of Silicon Valley, one of the organizations bringing the suit, and Yesica Prado, a photojournalist who has documented the lives of vehicle dwellers for the San Francisco Public Press and who lives in her RV, put the ordinance into regional context and explain what the lawsuit is about.

A spokesperson for the city of Mountain View declined an interview and referred to an earlier statement saying oversized vehicles parked on a narrow street can encroach into the vehicle lane of traffic, which can increase the risk of collisions and make it more difficult for emergency vehicles to navigate the street safely. The statement also said that the city would continue to conduct multifaceted outreach and provide information about resources available to people living in vehicles.