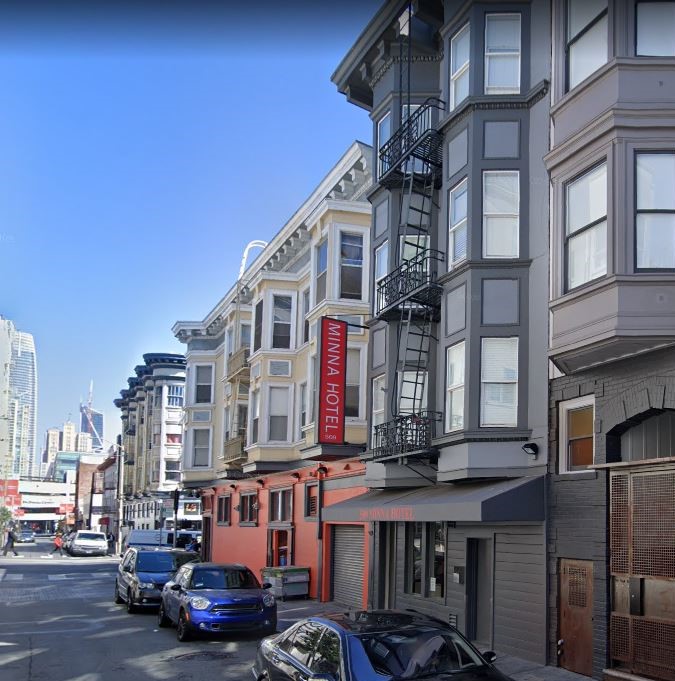 Dozens of hotels could be sold to the city to house the homeless, advocates say. The recently renovated Minna Hotel in SoMa, with 72 rooms, is one of them.

More than 70 hotel owners have indicated they are willing to sell their properties to San Francisco, and now is the perfect time to buy some of them, homelessness activists said Wednesday.

News broke this month that San Francisco would receive a full reimbursement for its shelter-in-place hotels from the Federal Emergency Management Agency, dating back to January 2020. Previously, FEMA funded 75% of the costs. The city has requested $84.4 million in reimbursements from FEMA for 2020, the controller’s office said in an email.

“We want to take advantage of this remarkable and rare opportunity,” Sara Shortt, director of public policy and community outreach at the Community Housing Partnership, which has 17 permanent supportive housing facilities in San Francisco, said at a press event. “This chance is not likely to come again.”

Last year, the city put out a call for hotel owners to respond if they might be amenable to selling their properties. The move came after Gov. Gavin Newsom allocated $750 million to Project Homekey, which helps municipalities purchase hotels to convert into housing.

The city has not made public the list of 70 hotels, though there are several active listings online.

The Minna Hotel, on Minna and Sixth streets, was recently renovated. It has 72 rooms, and is listed for $13.5 million. A few blocks away, a modern 68-room hotel on Eddy Street is on the market for $23.8 million.

Last year the city used Project Homekey funds to purchase the Hotel Granada and the Diva Hotel, adding 362 new units to the city’s permanent supportive housing stock. Newsom recently announced that he would dedicate another $750 million to Project Homekey in 2021, and advocates are looking at other funding sources, too.

“I’ve pleaded with the Department of Homelessness to secure the hotels while we have maximum bargaining leverage, to no avail,” he said, noting that pandemic-related drops in tourism have encouraged many owners to list their buildings.

But that was before the FEMA money was made available. An email from an unnamed spokesperson at the Department of Homelessness and Supportive Housing said Wednesday that “purchasing and converting hotel rooms is one creative way” to get people off the streets but did not comment on whether it planned to use the FEMA reimbursements to do so.

Jennifer Friedenbach, executive director of the Coalition on Homelessness, expressed concern that the refund would not be earmarked for future projects around homelessness.

“We are deeply concerned that this money will simply be used to be sucked back into the city budget,” she said. “We feel very strongly that this is funding that is homeless dollars and was budgeted for unhoused people.”