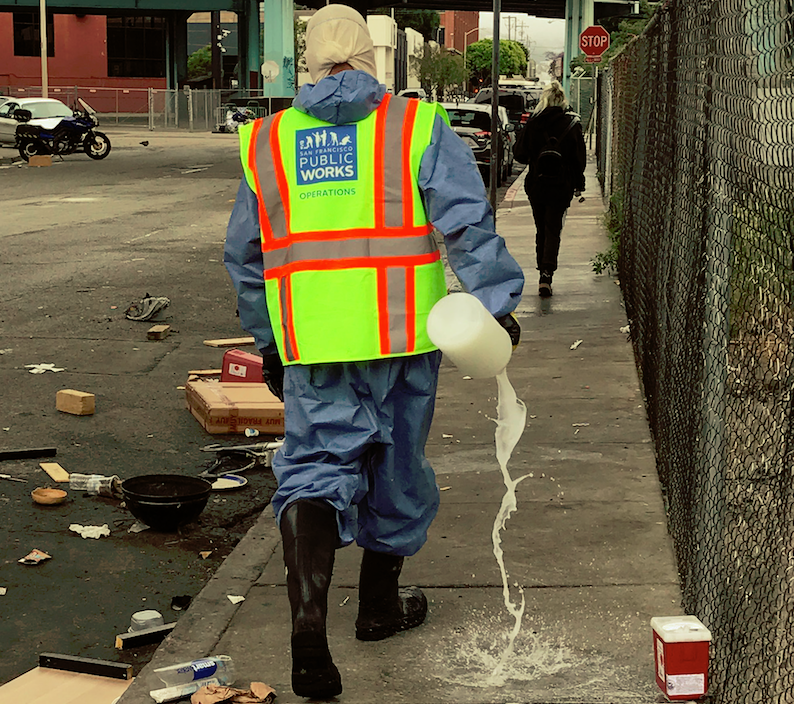 A Public Works crewmember pours disinfectant on a sidewalk while the Potrero Hill encampment is cleared. File photo.

More than 61% of San Francisco voters approved Proposition B, a charter amendment to split the Department of Public Works in two and add oversight commissions to both departments. Proposition B came on the heels of a city corruption scandal, investigations into which are ongoing. Then-director of the Public Works department, Mohammed Nuru, was arrested by the FBI and accused of using official city business for personal gain, offering and taking bribes. Further investigation into that case from the city attorney has also resulted in the exit of the head of the Department of Building Inspection, Tom Hui. Meanwhile, the streets in San Francisco are still far from pristine.

Proposition B promised to help address some of these problems. Matt Haney, District 6 supervisor and author of the measure, said the new department doesn’t need to be created  until 2022, but city legislators can get to work now on building the oversight commission for the existing Department of Public Works.