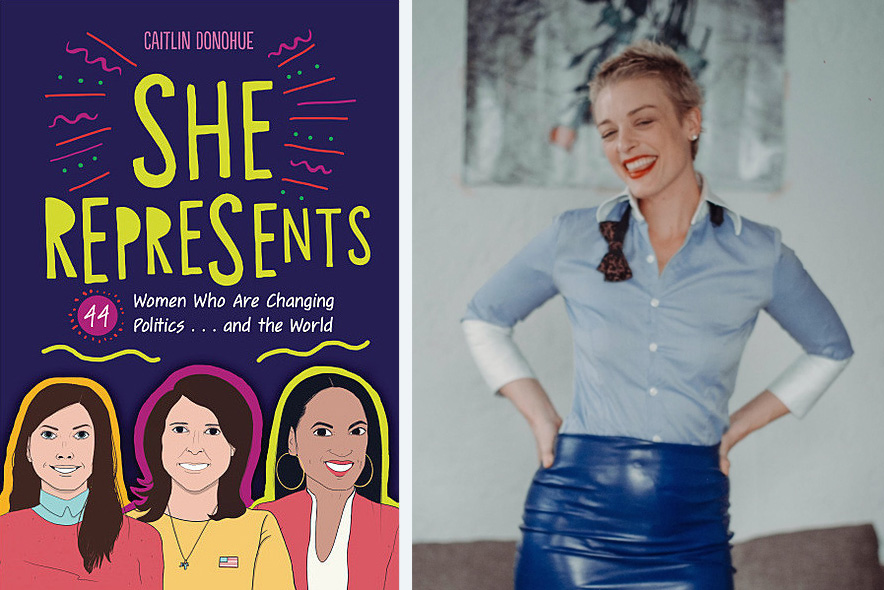 Writer and former San Francisco Bay Guardian culture editor Caitlin Donohue has released a new book for young adult readers about women in politics, titled “She Represents: 44 Women Who Are Changing Politics … and the World.” With illustrations by artist Briana Arrington, the book profiles political figures from the Bay Area, including Barbara Lee, Kamala Harris and Nancy Pelosi, and from around the world.

“She Represents” offers politically aware teens a reframing of the election season. But Donohue said the book is decidedly not for fangirls and takes an often critical look at the lives and actions of women with political power.

Donohue will be discussing “She Represents” at Litquake on Tuesday, Oct. 13, at 3:30 p.m.  alongside 48Hills publisher and author of “Into the Streets” Marke Bieschke, who has also appeared on “Civic.”

“’She Represents’ was a really wonderful opportunity for me to examine the ways that this exclusion of women is being combated and the ways that women have navigated these often tumultuous waters.”