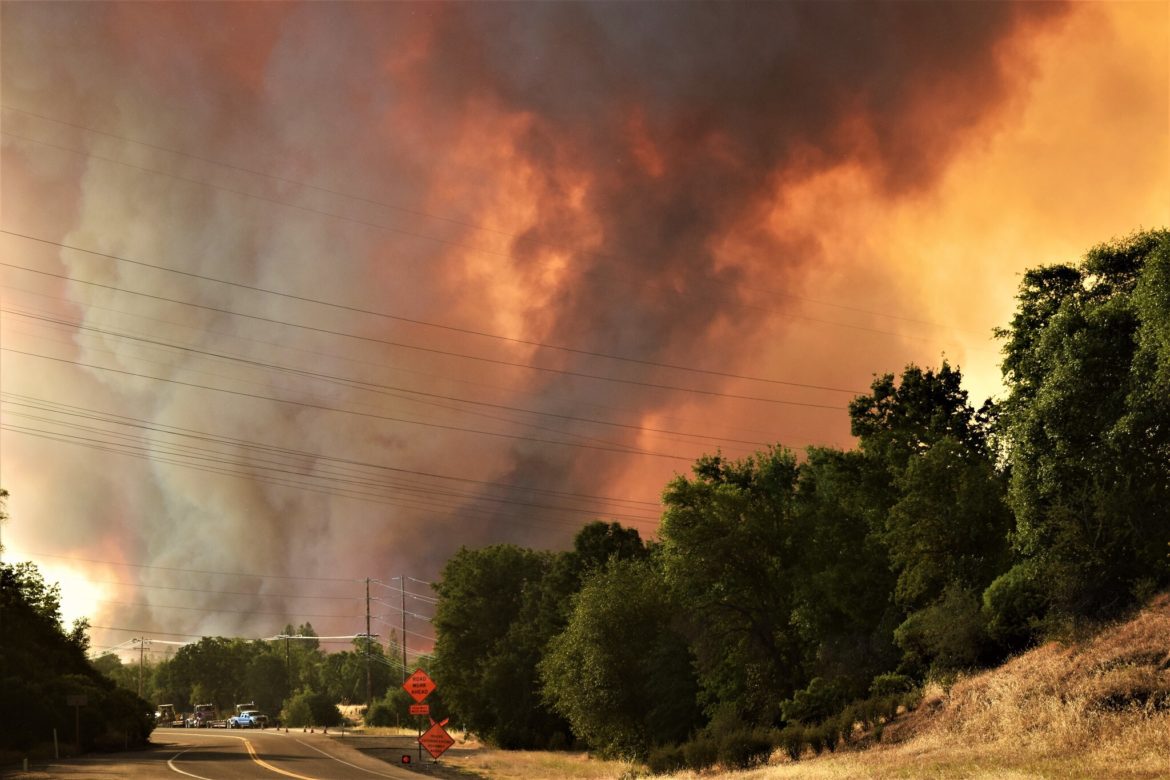 Wildfires, like the 2018 Carr Fire pictured, are increasingly common destroying hundreds of thousands of acres of forest every year and filling our skies with smoke.

Phoenix Armenta is passionate about community-based environmental justice work but worries whether it is sustainable.

“I need to eat, I need a place to live,” said Armenta, an organizer with the West Oakland Environmental Indicators Project, an environmental justice organization that focuses on developing strategies alongside communities to help them become more adaptable and resilient in the face of climate change. “To continue this work, I need to be stable.”

Community-centered approaches are key to Oakland’s Equitable Climate Action Plan, approved unanimously by the City Council in July. It is designed to “bring about a just transition to a low carbon future” with green jobs and measures to mitigate the disparities felt by communities affected by climate change, according to a statement by Mayor Libby Schaaf.

That transition is a time-intensive process that involves building a deep understanding of a community and working to ensure strong relationships between community members and environmental initiatives. Resilience experts believe it is a process that will become central to helping the U.S. face an increasing number of extreme weather events.

But the plan doesn’t have guaranteed funding from the city government. For organizers like Armenta, that’s a problem. “We need money to pay people to do work,” Armenta said.

Advocates fear that without funding to support work by organizers and community members, the plan will be an empty gesture. Colin Miller, a coordinator at advocacy group Oakland Climate Action Coalition who worked with the city government to write the policy, said funding is vital to its success.

“Once you get a symbolic victory on paper, you need to fight like hell to get the funding to implement it,” said Miller, “or it will just continue to be a piece of paper or a plan that’s gathering dust on a shelf.”

By the time it passed the Equitable Climate Action Plan, Oakland’s city government had already revised its 2020-21 budget, meaning that the earliest the plan will get government funding is July 2021. The city of Oakland did not respond to the San Francisco Public Press’ request for comment on funding.

Kim Lundgren, an environmental consultant whose firm advises city governments on climate resiliency plans, said the COVID-19 pandemic’s effect on local government budgets mean that getting funding could be even harder than normal, putting an extra squeeze on community groups.

“The challenge is that a lot of these community-based organizations are so overwhelmed,” she said. “They are over budget, understaffed, overworked — they don’t have the money to do even the basic things they want to do.”

Vulnerable residents depend on volunteers

The recent wildfires are an example of how an equitable climate action plan could be useful, according to Miller. Residents living near Oakland hills would be the first impacted in the case of a wildfire, and communities “include people with limited mobility, who are transit-dependent or don’t own cars,” he said.

Implementing Oakland’s Equitable Climate Action Plan would mean creating infrastructure to support those residents and paying the community members who facilitate the process instead of relying on volunteers.

Last year during the wildfires and blackouts, the Disability Justice Culture Club, a volunteer-run collective of queer, disabled people of color, sprang into action. It established a network to check on disabled and elderly people in Oakland, find housing, generators, ice, medication, transportation and information in a form that accounted for accessibility difficulties. During the pandemic, the collective has been making its own anti-coronavirus kits and distributing them to homeless camps.

This is the sort of work that the Equitable Climate Action Plan should fund, Miller said.

“For us, climate equity, which is the focus of this plan, means focusing on frontline communities who are facing multiple climate threats, with limited capacity to adapt, resist or recover from the impact of climate change,” he said.

The Disability Justice Culture Club’s actions mirror a strategy that could be formally planned and developed, known as a rapid response network. In an ideal scenario, that network can bring people to a safe location with food, water and medical supplies, as well as an alternative source of power. Advocates say these centers, known as resilience hubs, should function year-round to offer training and information, as well as being a trusted, functional space for community members.

Building infrastructure like resilience hubs is not enough, though, said Kristin Baja, a program director who facilitates community-led climate resilience projects at nonprofit Urban Sustainability Directors Network. How they are run once in place is just as important, she said.

“Plans are only as good as the people you have pushing to implement them and the support for implementation,” she said. “The reality is that it’s very hard to implement when we have a limited budget. There’s still going to be a drive to help move it forward, but it’s going to be something that will probably take a bit more time to coordinate.”