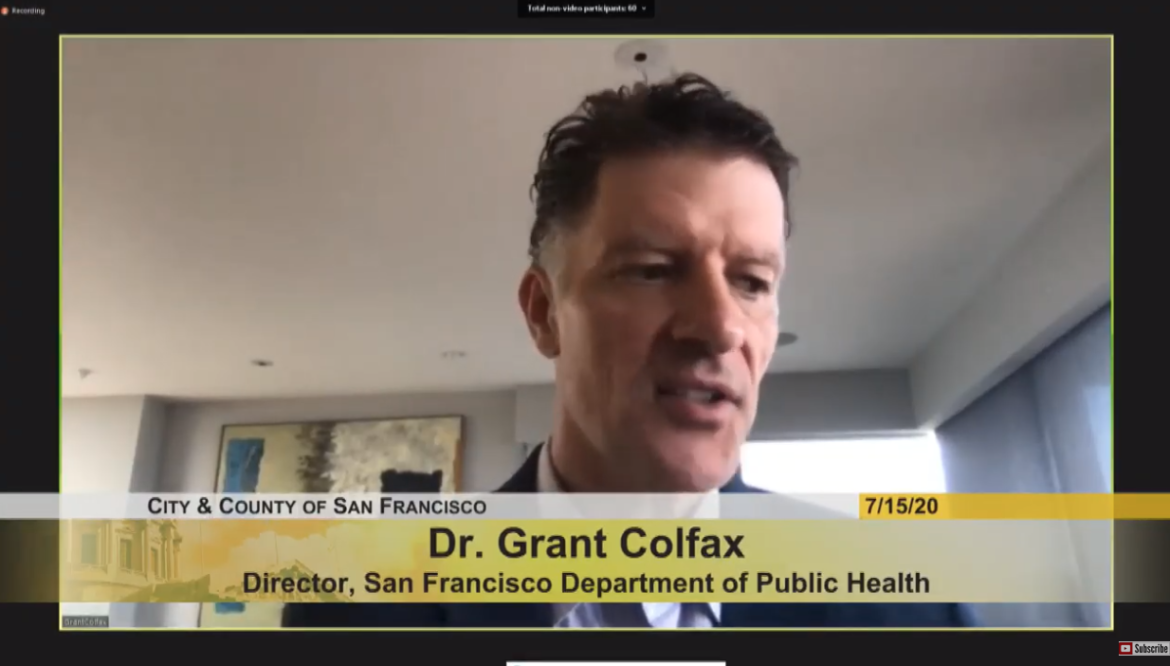 Screen capture from SFGovTV via Zoom

The number of people hospitalized with COVID-19 in San Francisco is rising rapidly and the city is facing “a major surge.” Department of Public Health Director Dr. Grant Colfax said. “In April, we experienced a surge of COVID-19 cases, which at its peak, saw 94 San Franciscans in the hospital. That number dropped to just 26 patients six weeks ago. Today, it’s 107.”

With hospitalization growing by 15% per week, the city has announced the creation of a standby low acuity care facility in the Presidio for non-COVID-19 patients. District Two Supervisor Catherine Stefani said, “The site will be staffed by medical professionals and will open with 20 patients. At this time, the facility is not expected to treat COVID positive individuals.”

Stefani said the facility on Gorgas Avenue, can grow over time. “At capacity, the site will allow the city to provide medical care for up to 93 San Franciscans who received treatment here in lieu of a hospital visit or who have been discharged from a hospital but still need short term supervised medical care.” The site is for patients sent from other facilities and will not be taking drop-in cases or people experiencing an emergency, Colfax said the site will be funded by the city with medical staff from the Department of Public Health and University of California San Francisco staff.