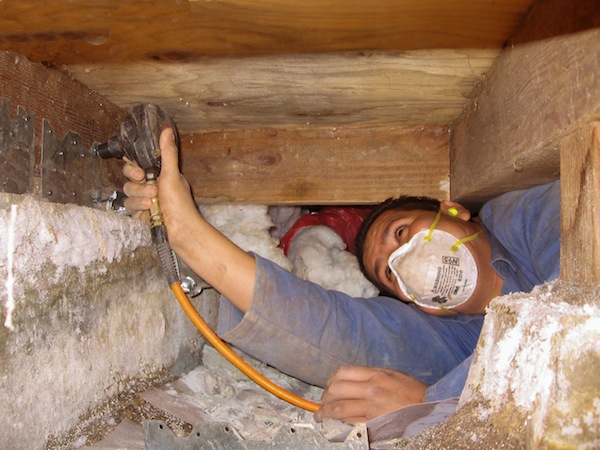 The 1989 Loma Prieta earthquake was devastating to California cities, causing loss of life and widespread property damage. In San Francisco, the shaking caused the collapse of part of the Bay Bridge, as well as multiple buildings in the Marina District. Today, the threat of the next major quake looms large.

In light of the 30th anniversary of the Loma Prieta earthquake on Oct. 17, the San Francisco Public Press sat down with William Strawn, manager of public affairs at the city’s Department of Building Inspection, to assess the effectiveness of the department’s mandatory “soft-story” retrofit program.

Listen to the interview:

Soft-story buildings have a weak first floor that can collapse under the weight of the upper floors during a temblor. Almost 5,000 residential buildings, housing about 111,000 residents, came under the program’s purview since it began in 2013, though many of the buildings’ owners have reinforced them to date.

“It’s about 78,000 of that 111,000 are now in buildings that have been strengthened,” Strawn said, referring to the number of residents.

“We still have another 30-odd thousand in this remaining-to-be-completed group,” Strawn said. About 1,200 buildings are not in compliance with the program, having missed deadlines to complete work or submit necessary paperwork.

Below is the Department of Building Inspection’s map of all buildings subject to the program. The underlying data are downloadable here.

The Public Press produced a special report on soft-story buildings in January 2013. City Hall created the mandatory retrofit program within months of that report’s publication.