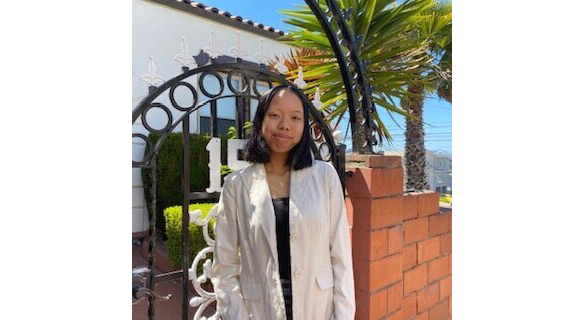 A youth-led, youth-run initiative called San Francisco Communities who Help Advance the New Generation of Education — or SFCHANGE — is offering workshops to young people on topics that might not be taught in their classrooms otherwise, from organizing their finances to organizing around climate change. Adrianna Zhang, founder and executive director of operations for SFCHANGE, and Samantha Chu, an eighth grader who has attended one of the workshops, talked with “Civic” about the program.

Zhang, a high school junior who launched the program in September with senior Michelle Song, said it was inspired partly by the disparities she saw among her classmates in access to non-school resources, like people to ask for advice.

“You can study with somebody who is the child of a CEO, at the same time as somebody who is struggling on government assistance,” she said. “Topics like bullying, safety, child rights, finances, these are all topics typically learned through experience, and not often covered in standard school curriculum. So that’s where we decided to step up.”

Workshops are offered to middle and high school students, with a storytime session available for elementary school students. Teachers can request workshops and arrange the scheduling. Topics include internet safety, resume building, college readiness, and even a primer on racism and microaggressions. While the topics might be sober, Zhang said the workshops are meant to offer a little reprieve from the standard fare in virtual school.

“The students always hear their teacher’s voice,” she said, “so having somebody new is refreshing.”

The focus is on participation and interaction. At a recent finances workshop for middle schoolers, Zhang kicked things off by asking students to brainstorm what they would do with a sudden windfall of $500. Most of the workshop involved brainstorming, sorting, participation, and a learning game rather than lecturing.

“It was like a nice break from school,” said Chu, who attended a two-session mental health workshop. “A virtual workshop is a lot more, like, participation and engaging compared to the virtual school, when you just sit down and you just take notes.”

It also helps that the workshop instructors are 21 years old or younger, Zhang said, which was an intent.

“All of our presenters are young people,” Zhang said. “You can connect to other youth a lot better.”

“I think that it makes me feel a bit closer to the person,” Chu said. “Probably if it was an adult, I think it’s a bit boring.”