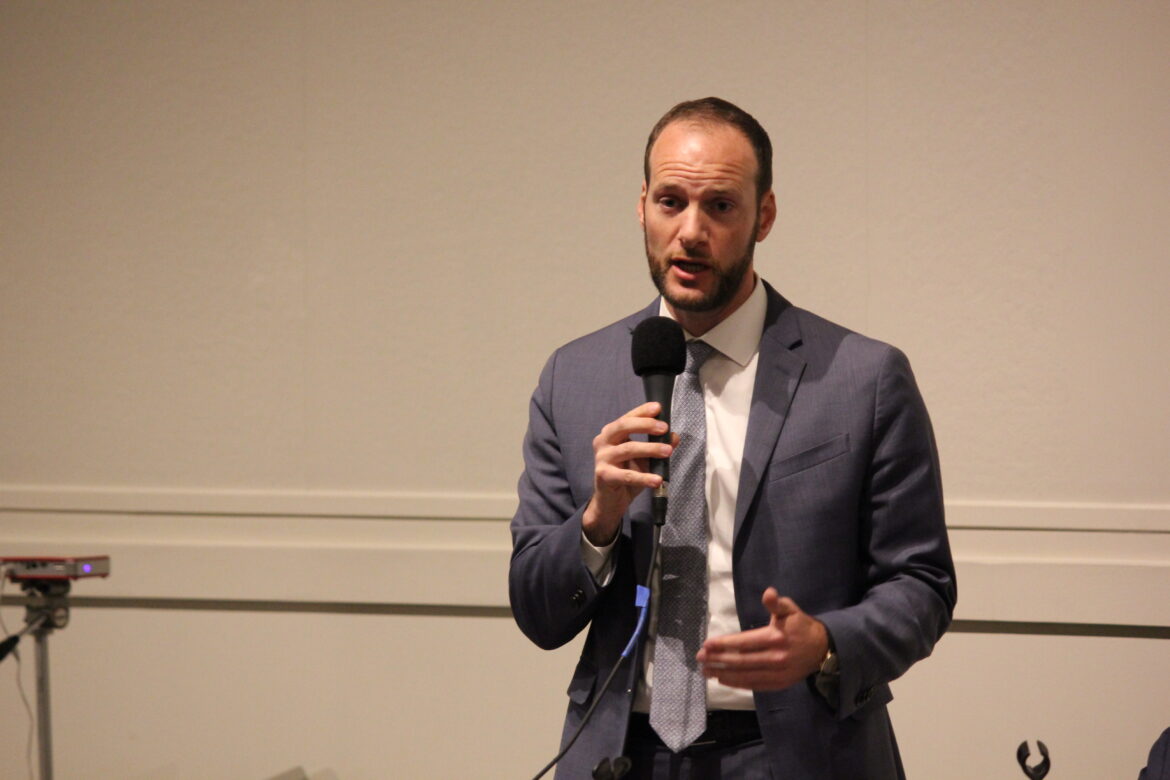 Chesa Boudin speaks at a 2019 debate between candidates for district attorney organized by the San Francisco Public Press and Mission Local.

Former police officer Derek Chauvin is on trial in Minneapolis, charged with murdering of George Floyd in May 2020, when Chauvin served on the local police force. At the trial, lawyers and witnesses are discussing how officers may and should use force, which has also been a contentious discussion in San Francisco for many years, along with when officers should face criminal charges for their use of force on the job.

Charging decisions are made by district attorneys, so “Civic” spoke with San Francisco District Attorney Chesa Boudin about recent cases in which local law enforcement officers have killed people and why he did or did not bring criminal charges against those officers. Had Chauvin killed Floyd in San Francisco, Boudin was unequivocal: He said he would have brought criminal charges against Chauvin.

“We saw a nearly nine-minute-long video of someone lying on the ground begging to be allowed to breathe, and we saw absolute indifference, lack of compassion, and no public safety or self defense imperative that could have possibly justified what that officer did,” Boudin said. “There is rarely such strong evidence of intentional, premeditated murder.”

In San Francisco, Boudin’s office has a memorandum of understanding with the police department making the district attorney’s office the primary investigating agency in cases where an officer kills someone or injures someone badly enough to be hospitalized. A team of investigators is on call 24 hours a day to respond to the scene of any potential violent crime that may have been committed by a police officer, Boudin said.

In some cases, his prosecutors file charges or present a case to a grand jury to seek an indictment. A grand jury charged a San Francisco police officer who in 2019 shot a suspect who was on the ground, and had already been shot, with negligent discharge of a firearm. Boudin brought charges against an officer who in 2019 beat an unarmed person with a baton badly enough for the man to need surgery. He also charged a then-officer who in 2017 killed a man by shooting through the window of a police cruiser.

“There are many cases where we’re very unhappy with the decisions that were made with the force that was used. And of course, with the injuries or loss of life that resulted. That doesn’t necessarily get us to be able to charge a crime,” he said. “We have to have a legal standard that clearly establishes the conduct as unlawful. And the law does give police substantial leeway to use force in circumstances, in situations, that would not be lawful for other people to do so.”

Boudin did not pursue criminal charges in a 2019 case in which 10 San Francisco police officers fired a total of 99 times at Jesus Delgado Duarte, who had shot at the officers from the trunk of a car. On the campaign trail, Boudin had told the man’s family that they would get “justice” when he took office. He said he has met with the family repeatedly.

“When I told the families that they would get justice, I meant two things: I meant they would get a district attorney who had compassion, who had courage and who had independence to look at the case and consider charging a police officer if it was possible and ethical to do so. They got that,” Boudin said. “I hoped that there would be a way we could bring them some justice or some closure. But the reality is in a case where someone shoots at police, police have the right to return fire.”

An extensive Mission Local examination of that case indicated that the officers had likely not followed department protocol about de-escalating confrontations. That may be relevant to internal discipline, but carries little weight in consideration of criminal charges, Boudin said.

“It is far easier to say, ‘you violated training or department general orders and therefore we’re going to impose administrative discipline,’ which is the job of the Police Commission, the Department of Police Accountability, and ultimately the police chief, than it is for us to say, ‘a crime was committed and we can prove that crime beyond a reasonable doubt to a jury.’ We have the higher standard.”