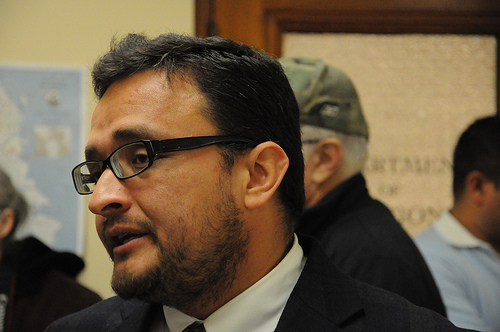 Editor’s note: This column is one of a series of biweekly conversations with District 9 Supervisor David Campos addressing issues and events in the Mission. If you have questions for Campos, send an email to [email protected]

David Campos (DC): We have been working with the people who are focusing on this at the national level. We also introduced a resolution with the Board of Supervisors calling for comprehensive reform that includes the LGBT community, for example. We address the fact that there are many LBGT couples that are separated unnecessarily because of the broken immigration system, and [want to make] sure that there is a path to citizenship [for them].

ML: What impacts would we see locally from national immigration reform?

DC: The lack of a comprehensive solution at the national level does impact what happens locally. It will have a very direct impact on undocumented people who live in the Mission and other parts of the city—whether or not they’re able to legalize their status, whether or not they can get work permits.

There is a lot happening. Health care reform will go into effect in a matter of months that doesn’t cover undocumented people. That’s an example of the absence of immigration reform. There’s also this so-called Secure Communities Program. My hope is that once there is comprehensive immigration reform, those kinds of efforts will go away. We won’t have to deal with the federal government making our police officers deal with these [things].